On Monday, Customs and Border Protection (CBP) released its monthly update on the number of unaccompanied children (UC) and family units apprehended at the U.S.-Mexico border. Last year, record numbers of children and families from Central America arrived at the U.S.-Mexico border?enough that, for the first time ever, more than half of migrants apprehended by the U.S. Border Patrol were not from Mexico.

Through the first eight months of fiscal year (FY) 2015, the number of UCs, individuals in family units, and Central Americans apprehended at the U.S.-Mexico border has continued to decline. Compared with the same time period last fiscal year, UC apprehensions have declined about 51 percent, from nearly 47,000 to nearly 23,000. Similarly, the number of family units apprehended declined 47 percent, and the number of non-Mexican apprehensions declined 48 percent.1 The large majority of non-Mexicans apprehended at the U.S.-Mexico border are from Central America. 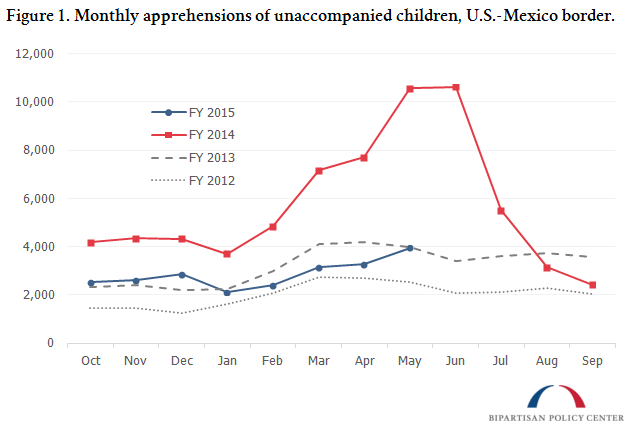 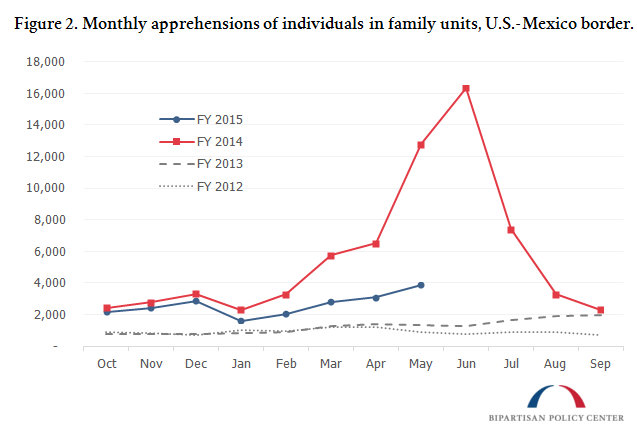 Last year, UC and family unit apprehensions increased steeply in late spring and early summer, with May and June seeing far and away the largest number of migrants arriving at the border. This May’s numbers provide the clearest evidence yet that children and Central Americans are being apprehended at a slower rate than last year?in fact, the gap has only accelerated as the year has worn on. Though June could still surprise us, it appears increasingly unlikely that this year’s apprehensions of children and families from Central America will even approach last year’s levels.

New immigration enforcement data: for the first time in history, most border crossers are not Mexican