Who: Phillip Swagel, Co-chair of BPC’s Financial Regulatory Reform Initiative, Former Assistant Secretary for Economic Policy
What: How Can the Housing Finance System Promote Broad Access and Affordability?: How can we reform our housing-finance system so that all Americans can access sustainable, affordable housing? How can we meet the credit needs of historically underserved populations and geographies? What role does the secondary market?which buys mortgages, packages them into securities, and sells them to investors?play in addressing these challenges? How can structural reforms support these core principles? Learn more and register here.
Where: Center for American Progress | 1333 H Street NW, 10th Floor, Washington, DC 20005

Who: Senator Lisa Murkowski, U.S. Senator from Alaska and former Senator Pete V. Domenici, BPC Senior Fellow
What: The Geopolitical Impacts of the U.S. Tight Oil Boom: Implications for OPEC and the U.S. Strategic Posture: Join BPC for the first in a series of four events on the New Geopolitics of Petroleum and Natural Gas. This first session will explore the realistic implications of what the tight oil boom means for the country in both economic and geopolitical terms, with David Goldwyn of Goldwyn Global Strategies, LLC and former State Department Special Envoy and Coordinator for International Energy Affairs moderating. Our primary points of focus will be the sustainability of the tight oil boom and its geopolitical implications.
Where: The Hyatt Regency | 400 New Jersey Ave, NW Washington, DC 20001

Who: Governors Haley Barbour and Jeb Bush
What: Join Governors Jeb Bush and Haley Barbour for a conversation on immigration reform. Drawing from their own experiences as governors, each will provide a unique perspective on immigration and how reform legislation might affect the states, the nation and the Republican Party. Copies of Gov. Bush’s recently released book, Immigration Wars: Forging an American Solution, will be available for purchase and signing directly following the panel discussion. The event is part of BPC’s Immigration Task Force, which is led by Governor Barbour, former Governor Ed Rendell and former Secretaries Condoleezza Rice and Henry Cisneros.
Where: BPC | 1225 Eye St. NW, Suite 1000, Washington, DC 20005 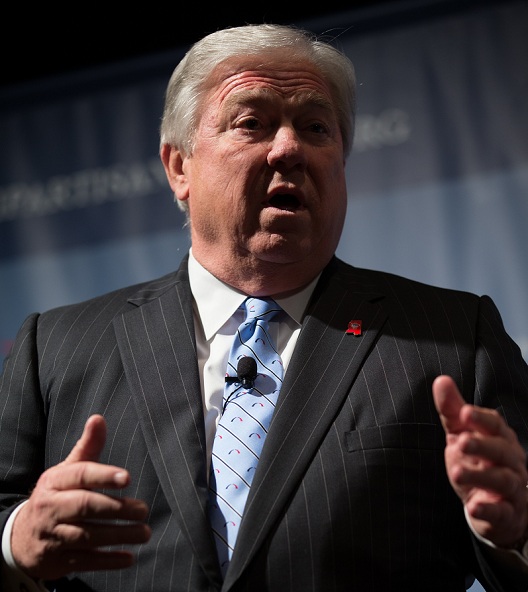 Who: Martin Baily, Co-chair of BPC’s Financial Regulatory Reform Initiative; former Chairman of the Council of Economic Advisers
What: Dealing with “Too Important to Fail” Banks: On June 14, the Economic Studies program at Brookings will review and debate the issue of bank size and bank funding. Panelists include FDIC Vice Chairman Thomas Hoenig, banking expert Rodgin Cohen, and Senior Fellow and Director of the Initiative on Business and Public Policy Martin Baily. Douglas Elliott, fellow in Economic Studies, will serve as moderator. After the program, speakers will take audience questions.
Where: Brookings | 1775 Massachusetts Ave. NW, Washington, DC

Who: Senator Byron L. Dorgan, Senior Fellow and Co-Chair of the Strategic Energy Policy Initiative, BPC
What: “The U.S. Energy Reset, Act. II: A New Paradigm for Exports,” a conference by Guggenheim Securities, is designed to help investors better understand how Washington works, as well as providing the opportunity for government officials to have investors discuss the market implications of policy choices. Sen. Dorgan’s remarks will be followed by a question and answer period.

Who: Chris Jennings, Co-Leader, BPC Health Project
What: Back in Business Forum: Washington does not have a monopoly on ideas for economic growth. As America emerges from the worst economic downturn since the Great Depression, signs of innovation continue to sprout from the grassroots around the nation, nurtured by emerging private-and public- sector leaders who are producing new solutions to old challenges. Join National Journal on June 19th for an energizing celebration of American problem-solving at the Back in Business Forum. This full-day program of keynote interviews and discussions will foster constructive dialogue among an array of business executives, government leaders and problem solvers–both from inside and outside the Beltway–at the forefront of fresh thinking about how to continue putting America back in business.
Where: The Grand Hyatt Washington | 1000 H Street NW, Washington DC

What: The Innovation Economy: Information Revolution Transforming Health Care Through Big Data The use of “big data” has the potential to improve both the delivery of care and the health and wellness of individuals. During this interactive policy forum, we will explore the promise, challenges, and policies that are critical to encouraging innovation in improving health and health care through the use of big data. Two key policy areas will be explored in detail: (1) the role of standards in aggregating and effectively using large, disparate data sets and (2) addressing concerns about privacy and security. This policy forum is part of a broader 2013 “Innovation Economy” series of roundtable and public forums convened in parallel by the Aspen Institute and BPC, in collaboration with Intel. Through this set of forums, we will explore the far-reaching implications of the “information revolution” (i.e. growing utility of big data), centering on the potential of this growing trend to empower individuals and transform industries across three industries: health care, energy, and homeland security. Key insights across three similar forums convened by BPC?focused on health care, energy and homeland security?will be compared and assessed in a final paper to be published by BPC later this year.
Where: BPC | 1225 Eye St. NW, Suite 1000, Washington, DC 20005