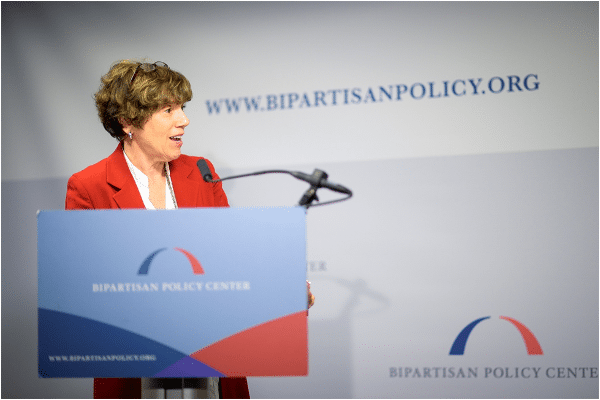 What: Please join us for a dialogue on how technology innovation is transforming the utility industry and what these changes mean for electricity consumers in the coming years.

What: Timothy Frazier will speak at the American Nuclear Society’s conference on high-level radioactive waste (HLW). The conference will focus on finding solutions for integrated management of used fuel and HLW. 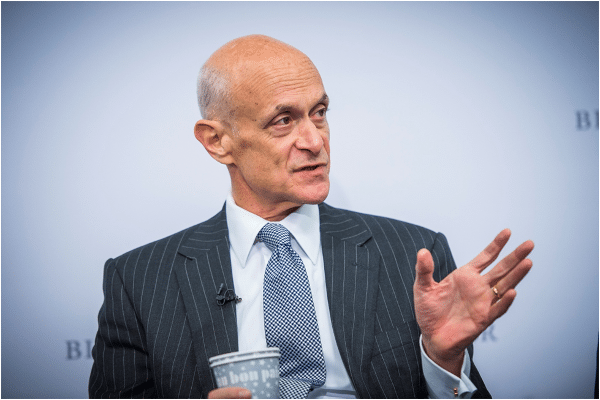 Former Department of Homeland Security Secretary Michael Chertoff will give keynote remarks on April 13 at a panel discussion hosted by BPC.

What: BPC will host an expert panel to offer insights on the importance of border metrics for measuring the success of immigration enforcement. Register for the event.

Who: Katherine Hayes, director of health policy at BPC

What: Katherine Hayes will participate in the American Cancer Society Cancer Action Network’s 2015 national forum to discuss legislative updates in the fight against cancer. RSVP to receive a call-in number. 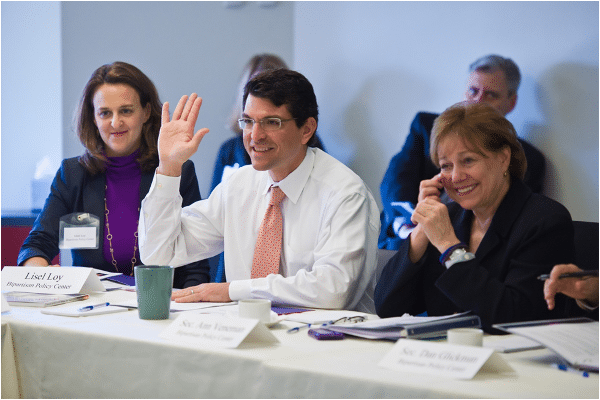 What: Lisel Loy will participate in the Institute of Medicine’s two-day Roundtable on Obesity Solutions to discuss “Physical Activity and Obesity ? State of the Science” & “Innovative Strategies for Promotion of Physical Activity.” Register for the event.

What: Margot Anderson will moderate the U.S Chamber of Commerce Foundation and Lockheed Martin’s “Energy-Water-Food Nexus: Risks and Opportunities for the Private Sector” roundtable. Register for the event.

What: Jason Burwen will moderate the Chicago Booth Energy Group’s Energy Forward 2015 Conference. Topics and questions addressed will include: the outlook for U.S. oil markets and upstream activity, U.S. midstream activity, outlook for the U.S. power sector, venture capital and private equity activity in energy, energy policy development and the effect on markets, and innovative new energy business models. Register for the event. 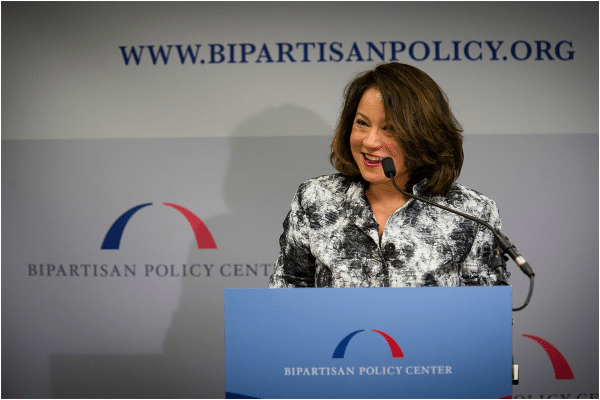 Janet Marchibroda, director of BPC’s Health Innovation Initiative, will speak at an American Board of Medical Specialties Forum on April 21.

What: Janet Marchibroda will speak at the American Board of Medical Specialties’ 2015 National Policy Forum. Healthcare leaders, practice experts and legislative insiders will share their insights and discuss the implications of system reform for medical specialty practice, certification, and the Member Boards Community.

What: Jason Grumet will speak at the Milken Institute’s Global Conference. The conference will bring together leading thinkers in disparate disciplines to exchange ideas and work to address some of the world’s toughest challenges.

What: BPC will host a regional event in Richland, WA for a discussion on the disposal of defense waste and the impacts of the lack of action on Native American tribes.

Sally Tucker serves as an intern for BPC’s communications team.