Autonomous vehicles, or self-driving cars and trucks, have driven headlines, from each new advancement to recent deadly crashes. Among the ways this evolving technology could revolutionize transportation in the United States is through its potential to reduce the 40,000 deaths, largely the result of human error, that occur on America’s roadways every year. If current predictions hold, the vast majority of new vehicles sold will be fully autonomous by 2040.

Autonomous vehicles are slowly but surely beginning to drive on public roadways. According to the National League of Cities, around 50 percent of America’s largest cities are currently preparing for their arrival in some way, and several states and cities have already launched pilot programs. As engineers and developers perfect the systems that dictate how these vehicles interpret their surroundings to operate as safely as possible, state and local leaders can better prepare for their emergence with one step: create a comprehensive asset inventory.

In short, an asset inventory is a database of every piece of infrastructure, property, and device that an entity owns, along with their exact locations, conditions, and associated costs. While it’s a routine business practice for a private sector company to know what it owns, public agencies regularly operate without a complete picture of their assets. They may not know the condition and age of their water pipes, all the land parcels they own, or how much money will be needed to keep roads and bridges in a state of good repair. The few cities and states?like the District of Columbia and Michigan?that have started the process of creating comprehensive asset inventories can provide accurate assessments of their current and future infrastructure needs and better plan how to fulfill them.

State and local leaders can better prepare for the emergence of autonomous vehicles with one step: create a comprehensive asset inventory.

Compared to the promise of futuristic technology and a hands-free commute, asset inventories lack a certain glamour. But when it comes to deploying autonomous vehicles on city streets in large numbers, an asset inventory may make the difference between a chaotic disruption or a smooth rollout. In addition to the fiscal benefits of having a comprehensive infrastructure overview, specifically in parking and accessibility, asset inventories could directly improve autonomous vehicle operations.

Drivers can spend at least a full day every year just looking for a parking space. In fact, up to a third of downtown congestion is from cars circling for an open spot to park. Meanwhile, when it comes to street parking, interpreting parking signs is hard enough for human drivers, let alone for a self-driving car. In a future with the ability to hail an autonomous vehicle on demand or at a specific time, the traditional “acceptable” parking-to-destination distance would become much more flexible. Autonomous vehicles are expected to be able to be deployed from a designated lot to a curb-side space. And as vehicles become smarter, so will parking lots. One model from the University of Toronto has shown that a parking lot designed specifically for autonomous vehicles can hold between 62 and 87 percent more cars. Importantly, reducing parking has long been a target for urban planners looking to maximize the limited space a city has to offer with the competing needs of affordable housing, green spaces, and commercial buildings.

But where exactly these condensed lots and designated spots should be located is another question entirely, one that an asset inventory could help answer. 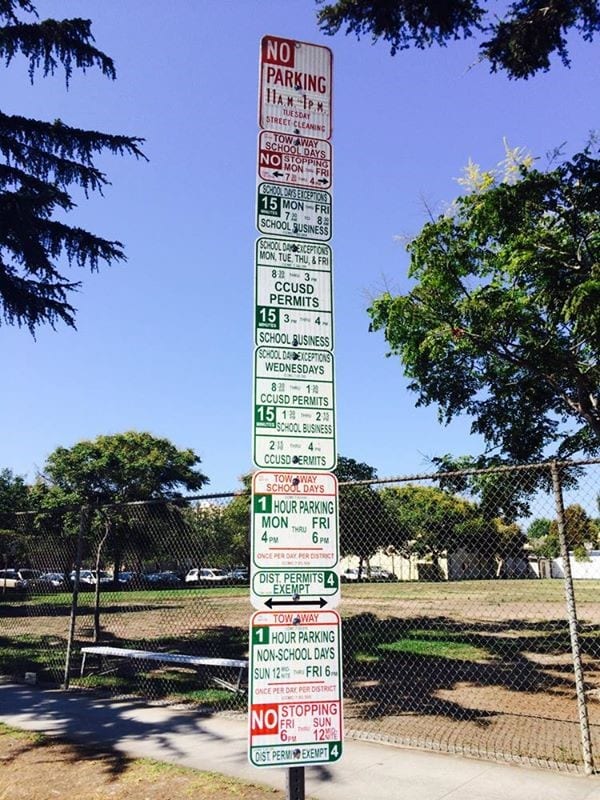 Asset inventories often identify vacant lots and underutilized spaces that could be put to a more beneficial use. For example, after a recent audit, New York City found it owned 1,100 vacant lots that could be sold or applied to the city’s affordable housing goal. By creating a comprehensive asset inventory with autonomous vehicles in mind, local officials could provide the vehicles with a database of viable parking structures and spaces, and control how they interact with current traffic patterns.

Several companies have launched mapping systems that either aggregate data from vehicles or rely on user input to display traffic rules and identify signage to help both cities plan and autonomous vehicles operate legally. Given enough time, autonomous vehicles are also expected to be able to recognize even some of the most complicated traffic signs through machine learning. Creating a comprehensive asset inventory would lessen the learning curve for autonomous vehicles to interpret parking laws, and could be applied to all traffic signs that will require computer identification, including stop signs, yield signs, and construction notices.

Parking revenue alone is a massive source of funding for cities of all sizes. In 2016, the 25 largest cities in the United States collected $5 billion in parking revenue. Smaller jurisdictions have reported that between 10 and 60 percent of their operating budgets are directly funded through parking fees and traffic enforcement. If the adoption of autonomous vehicles lessen the number of parking tickets and traffic violations, local officials across the country may be left scrambling to find a new source of funding. Asset inventories provide policymakers with a complete overview of the current parking system, but can also present opportunities for future changes.

Autonomous vehicles have a unique potential to empower those with mobility challenges, including older adults and people with disabilities. However, the vehicle’s operation is only one side the equation. Getting to and from a vehicle is its own challenge. In accordance with the Americans with Disabilities Act (ADA), all sidewalks are required to be accessible via a “curb ramp” or “curb cut” that provide a gradual slope between a street and a raised sidewalk. Despite the ADA requirement, far from every sidewalk in America fully complies, and even when sidewalks have a curb cut, it may not be well maintained and fully accessible. In recent years, the cities of Atlanta, Los Angeles, New York City, Portland, and Seattle have all faced lawsuits for having sidewalks systems that fell short of ADA compliance. 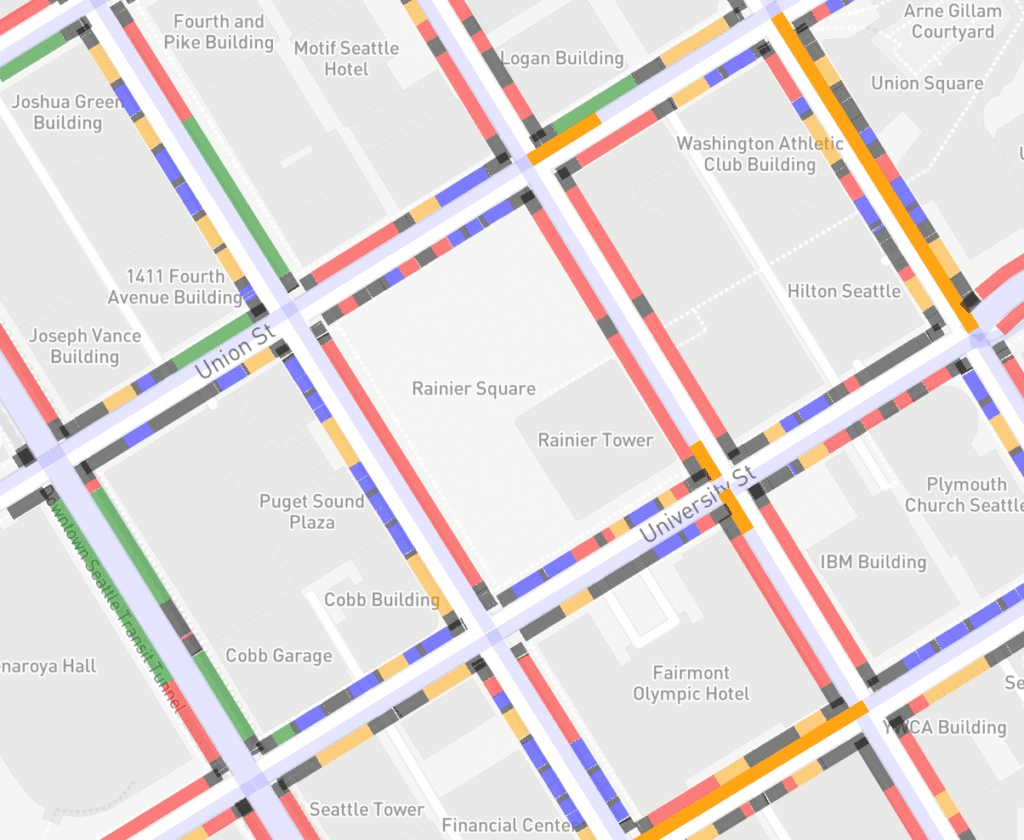 If an autonomous vehicle is not able to consistently pick up and drop off riders at an ADA-accessible location, it will severely limit its viability for those with mobility challenges. An asset inventory can both identify exactly where all a city’s curb cuts are, as well as their condition and upcoming maintenance needs. By linking this information with autonomous vehicles in the area, public officials can help ensure that all riders are being dropped off in accessible areas. Depending on the exact system, an asset inventory of curb cuts could also theoretically provide a real-time update to vehicles for when construction or maintenance requires people to take a detour to reach an accessible curb cut or ramp.

Before AVs, We Need AIs

Artificial intelligence is central to a self-driving vehicle, but it’s not the only A.I. that is needed. Another A.I.?the asset inventory?may be just as pivotal to their success.

Autonomous vehicles are entering the roadway at a time when America’s infrastructure is barely able to meet the needs of today’s human drivers. Creating an asset inventory not only gives local officials a picture of their current infrastructure, it creates a prioritized guide path to modernizing it.

At the federal level, a formal legislative framework for autonomous vehicles has remained elusive. The U.S. Department of Transportation has released and updated guidance on AVs. But the leading bill to codify new rules of the road, known as AV START, is in stasis in the Senate. However, state and local leaders are not waiting around for Congress to cobble together a comprehensive national policy. As local pilots continue to develop, creating and incorporating asset inventories can enable local officials to stay one step ahead of the predicted disruption of autonomous vehicles. From the logistics of parking and curb space, to the necessity of universal accessibility, asset inventories should be seen as a tool to improve autonomous vehicles.

D.C. Leads the Way with a Comprehensive Asset Inventory

Five Innovative Examples of Smart Cities in the U.S.