This week, U.S. Customs and Border Protection (CBP) released its monthly update on the number of unaccompanied children (UC) and family units apprehended at the U.S.-Mexico border so far this fiscal year. While the total number of UC and family apprehensions are below last year’s total over the same period of time, CBP statistics have shown a slight increase in the number of monthly apprehensions in the past couple of months.

Monthly. Over 4,500 UC were apprehended in August?a 47 percent increase in the number of apprehensions when compared to August 2014, and the highest total for the month of August since CBP began tracking unaccompanied children in 2009. It’s the first time FY 2015 UC apprehensions have been higher during any one-month period compared to the same month in 2014 (Figure 1), when a record number of children and families arrived at the U.S.-Mexico border (mostly from Central America). Monthly apprehensions this year have also surpassed FY 2013 levels since May. 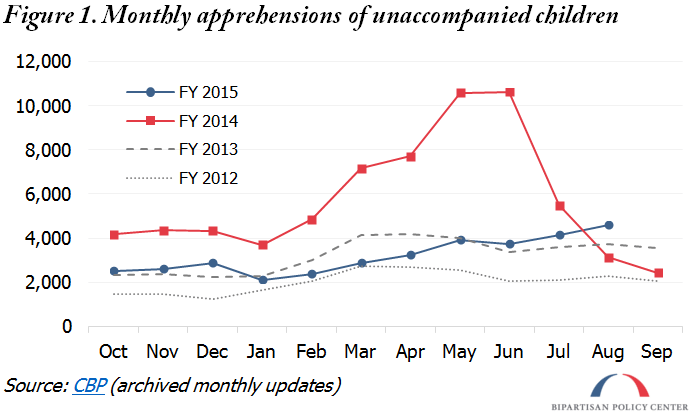 YTD total. Overall, compared with the same time period last fiscal year (October through August), UC apprehensions have declined by 46 percent, from over 66,000 to about 35,500 (Figure 2). Total apprehensions for this fiscal year are on track to roughly match those seen in FY 2013. 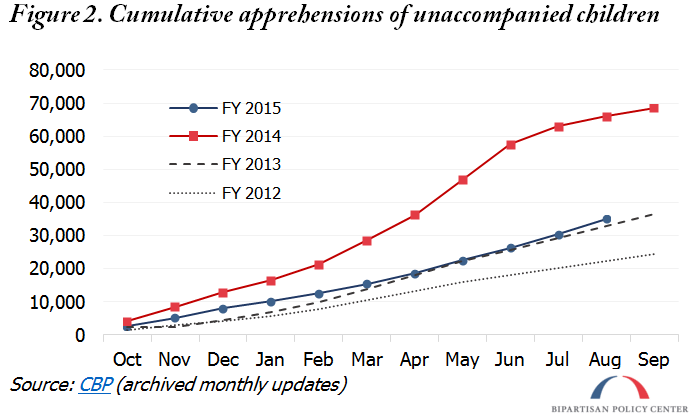 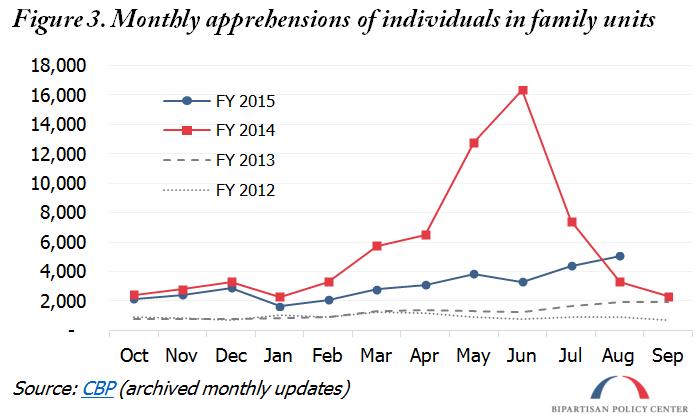 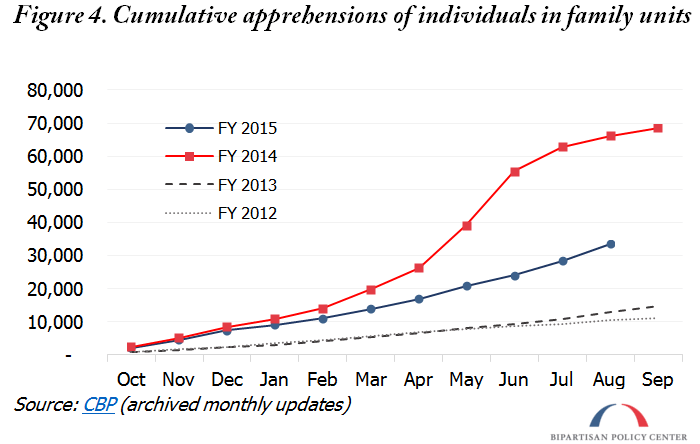 Monthly apprehension data (Figures 1 and 3) also reveal a much different trend materializing in FY 2015. In a reverse from FY 2014, UC and family unit apprehensions actually increased by 22 percent and 54 percent respectively since June. Last year, UC and family unit apprehensions increased in late spring and early summer but sharply decreased in July and August. When asked about the uptick on Monday, the White House acknowledged that the increase was “surprising” and “concerning” for the administration, particularly because apprehension numbers usually decrease in August, but did not provide any explanation for the increase.

With one month left in the fiscal year, it is all but certain that this year’s total apprehensions of children and families from Central America will be about half the numbers seen last year, but at least as high as 2013. And while record monthly numbers in August match and surpass those seen at the beginning of last year’s surge, it is still too soon to tell whether the uptick in the past months is a sign of further increases to come or an unseasonable fluke.

BPC will continue to assess apprehension trends and will look back at the success or failures of efforts to address the migration of unaccompanied children and family units in the past year in upcoming blogs and publications.