In an open letter to our nation’s leaders, featured today in The Washington Post and The Hill, BPC called on elected officials to shift from campaigning to governing.

In the letter, the leaders urged our elected officials to get to work on bipartisan solutions to “some really big problems.”

“The tone and substantive achievements of the upcoming weeks will set the course for 2013 and could dramatically impact market confidence and the economic recovery,” the letter states. “BPC and others are developing a wealth of pragmatic solutions to address our federal debt, economic competitiveness, energy, health care, immigration and housing. The answers are out there. Now it is time to get to work.”


Click on the image below to view a larger version 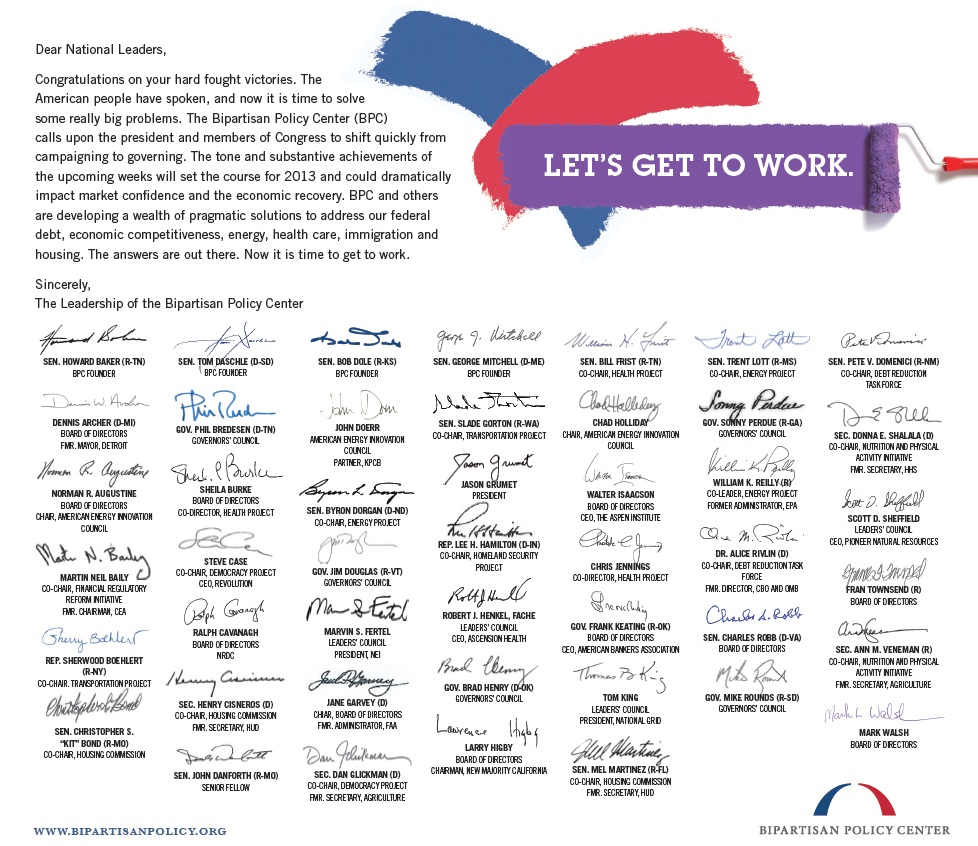 BPC Board of Directors NRDC