As members of the House of Representatives begin returning to the Capitol over the coming months, it is essential that Congress do everything in its power to prevent the spread of COVID-19 among members and staff. Even as we start to return to a degree of normalcy, health experts warn that some level of social distancing will be required for at least another year.

House Republican Leader Kevin McCarthy suggested that Congress implement a “block” or “staggered” schedule to reduce interaction among members while they attend committee hearings. In a block schedule, committees are distributed among several groups; these groups are then assigned specific durations of time during which they can meet. By staggering committees throughout the day or week, we can reduce the frequency with which members interact.

Of course, the concern now is not so much conflict as it is close social interaction between members. Considering this novel dilemma, BPC applied similar optimization logic to approximate a distribution of committees among blocks that would best maintain social distancing. We found that an optimized block schedule could reduce direct interaction between members by 36 percent.

While promising, it is important to note that, if taken alone, this measure would not be effective. Rather, only in combination with other strict social distancing precautions, such as wearing personal protective equipment, would an optimized block schedule prove useful.

Using a greedy algorithm, we were able to identity a committee distribution that significantly reduces interactions between members of Congress. While we refer to the given assignment of committees as the “optimized solution,” it is important to note that this is only an approximation of the true optimum. However, after testing over 50,000 random block assignments, the distribution of outputs suggests that this is negligibly close to the global optimum.

The optimized distribution of committees below would naturally create social distancing with the potential to reduce the risk of direct member-to-member spread of the coronavirus by 36%.

An optimized schedule might be interesting on its own, but it is useless without proper implementation. To maximize the effectiveness of a block schedule, the House of Representatives should also do the following:

However, breaking the members up into two blocks (One and Two) reduces direct interactions by one third (from six to four). To reflect the reality of multiple committee assignments per member of Congress, this example assumes that Member B has a committee assignment in both Block One and Block Two.

The model that we used sought to distribute committees among three scheduling blocks such that the total number of direct, pairwise interactions (blue arrows) would be minimized.

Controls were set in place such that if the same two members of Congress interacted in two different blocks, this would count as only a single interaction. This ensures that the model minimizes the number of new interactions, rather than focusing on interactions that already happened.

With three blocks and 27 committees, there are over 7.6 trillion different ways to assign committees to blocks (3^27). As such, testing every schedule alternative is hardly feasible. Instead, BPC used a modification of Kruskal’s algorithm, adjusting the classic graph-theoretic approach to accommodate the more difficult problem.

The algorithm starts by putting each committee in its own block. It then repeatedly calculates how many new pairwise interactions are created by combining any two blocks and merges the two that introduce the fewest new interactions. This repeats until there are only three blocks left. This approach allows us to approximate the optimal solution without trying all 7.6 trillion alternatives.

In a time of crisis, Congress needs all the help it can get to find a safe and sustainable way to operate. Where possible, Congress should rely on the tools of data science to inform their decision making. As BPC’s new research demonstrates, an optimized block schedule could sizably reduce the risk of spreading COVID-19 among members. It is Congress’ responsibility to keep its members safe, and if it implements a block schedule, we believe that one informed by optimization modeling is the best way forward.

The author would like to thank Spencer McCall, BA Computer Science and Economics, UC Berkeley,  for research support.

1 Where n is the number of Congressmembers (430 with committee assignments) and r in the number in a pair (2): 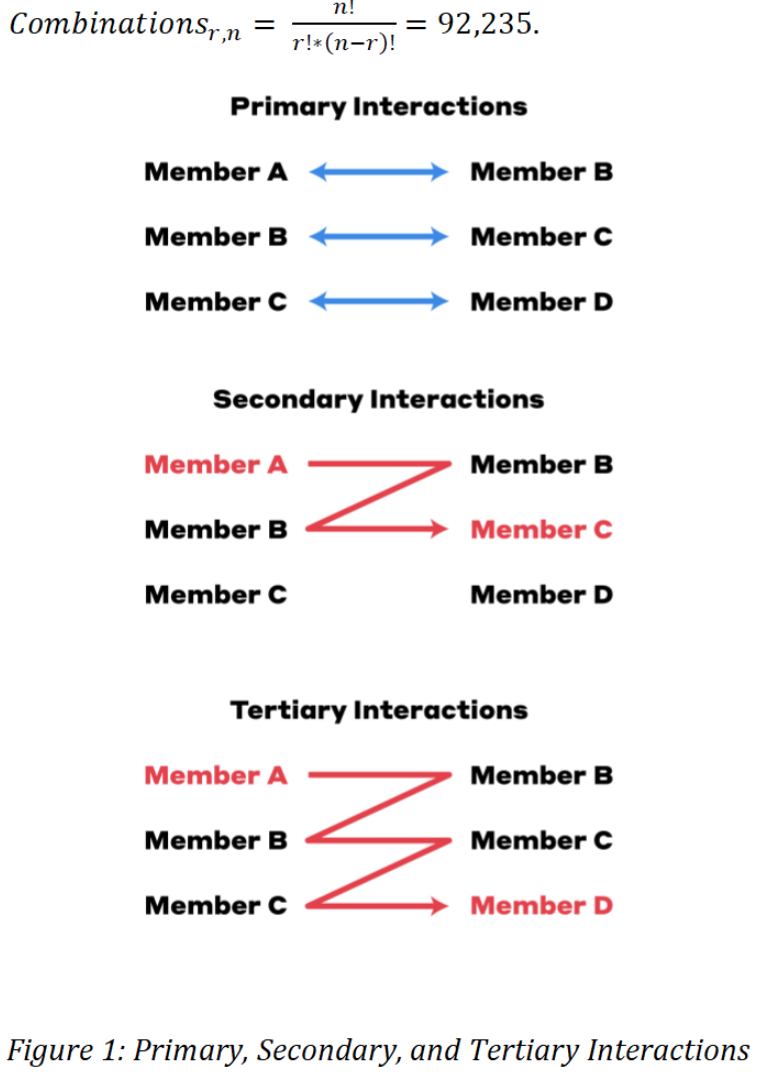