Southwest border apprehensions dramatically increased at the end of FY2018 after reverting to pre-FY2017 levels during the fiscal year.

Note: A previous version of this post displayed incorrect data in Figure four. It has been updated.

Earlier this month, we published an analysis of preliminary 2018 apprehension figures at the U.S.-Mexico border. As we noted then, while Fiscal Year (FY) 2018 apprehensions have returned to seasonal levels after a decline in FY2017, and remain low by historical standards, apprehensions of families with asylum claims (in other words, those seeking protection in the United States from prosecution in their home country) have significantly increased over the last three years, presenting a significant new challenge for U.S. border officials. The final FY2018 border apprehension numbers confirm this trend, with family unit apprehensions reaching new historic levels that mark a longer-term migrant challenge for the United States. 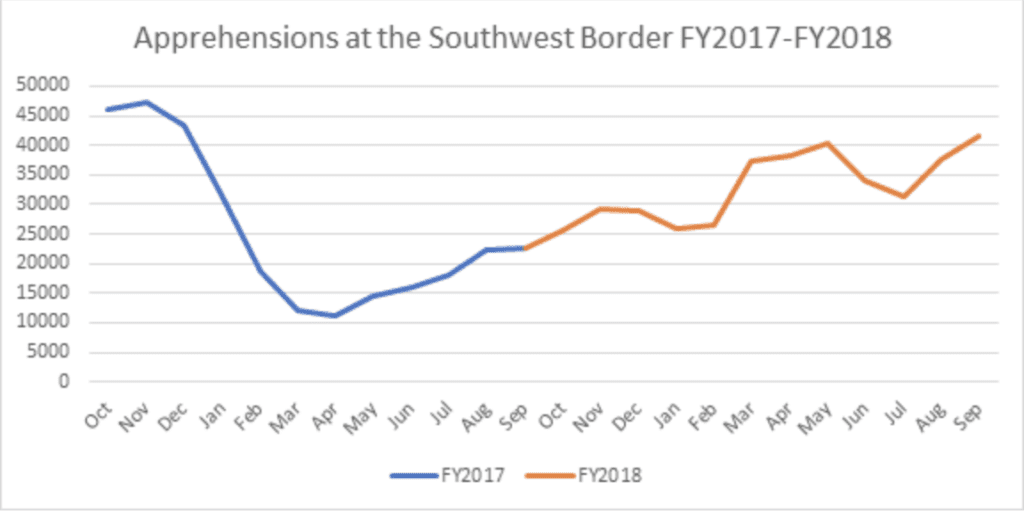 A review of historic apprehension data shows that FY2018 levels are higher than recent years but significantly lower than the peaks in the 1980s and 1990s. As Figure 2 shows, apprehension numbers in FY2018 broke past levels seen between FY2011 and FY2017, including FY2014 when a surge of families and unaccompanied children from Central America arrived in high numbers at the U.S.-Mexico border. However, these numbers remain far below the high levels seen 1986, 1996, 2000, and 2005, reinforcing our conclusion that current apprehension levels do not show that the United States is facing a massive crisis of undocumented immigrants trying to enter the U.S.-Mexico border. 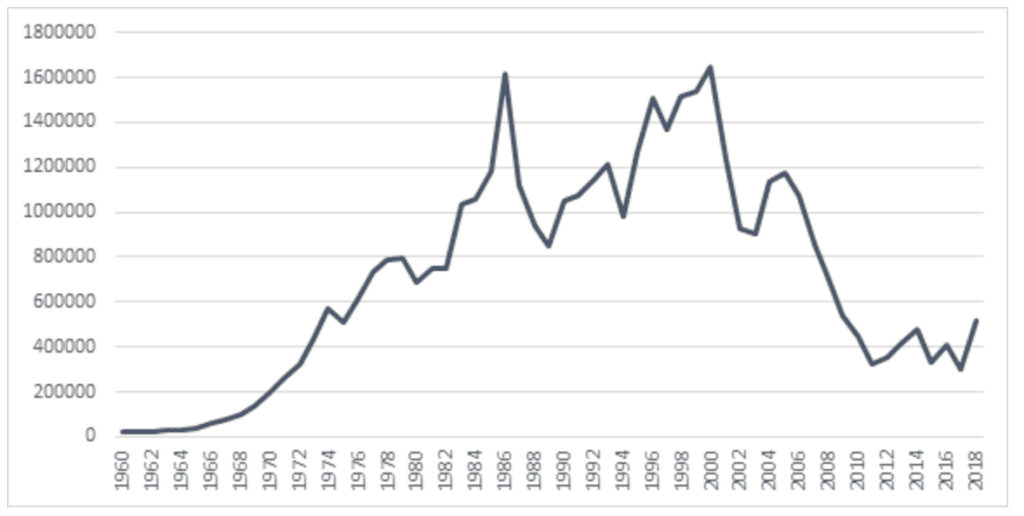 FY2018 apprehension figures confirm that families have emerged as the largest group of migrants detained at the border. As Figure 3 shows, family unit apprehensions (in other words, individuals who are apprehended as part of a family) hit a new historic peak in FY2018 when 107,212 individuals were detained at the border. The increase in family unit apprehensions between July and August 2018 pushed FY2018 levels past the previous peaks in FY2014 and FY2016, reaffirming our observation that the Trump administration’s efforts to deter these migrant flows through policies such as family separations failed to meet these goals. 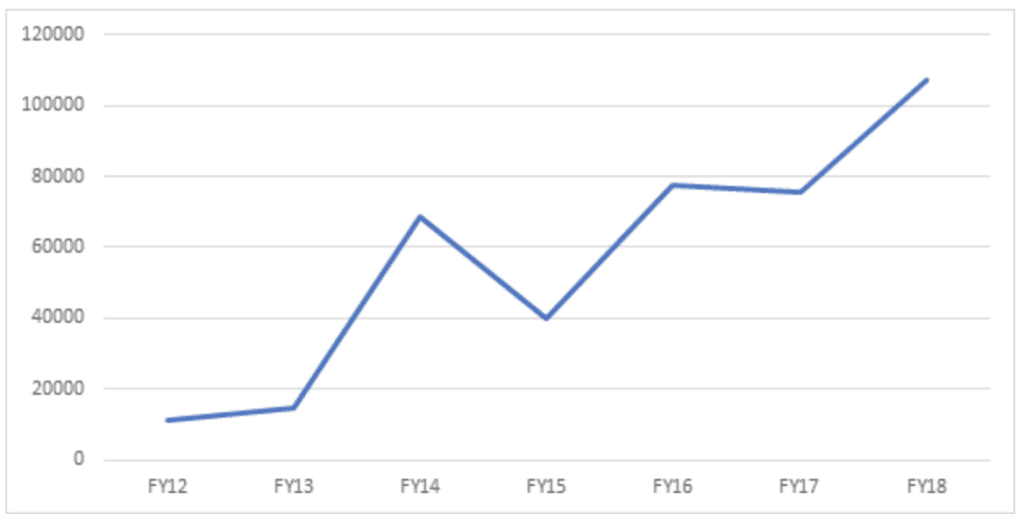 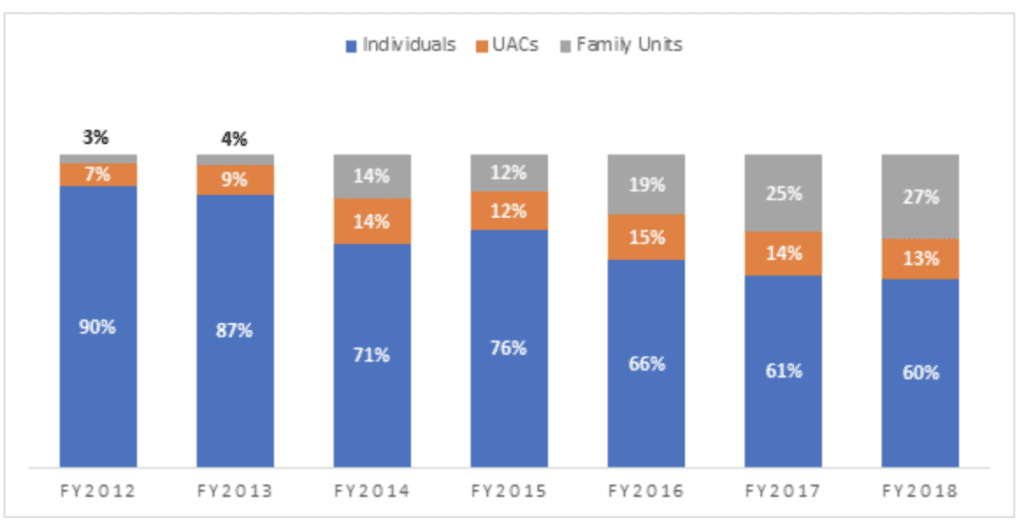 This data confirms that the United States is now facing a new challenge at the U.S-Mexico border, one that does not match earlier migration crises. Moving forward, the increase in the number of families leaving El Salvador, Guatemala, and Honduras means that the United States will face the challenge of managing a new influx of people seeking humanitarian protection. However, the scope of this new challenge is significantly smaller than the migrant crises in the 1980s and 1990s where the United States sought to deter large numbers of immigrants coming from Mexico. As a result, the U.S. should aim to provide a proportional response to the current challenge that includes reasonable border security efforts, investments in the immigration asylum system (including immigration courts) and providing aid to sending countries. Rather than using expensive deterrent efforts to tackle a small increase in migrant flows, a proportional response ensures that the United States adequately uses its resources to intelligently manage these longer-term challenges which have accompanied these new shifts in migrant flows.

Crisis at the Border? Overall Numbers Down, but New Migrant Flows Are Testing the System

The New Middle on Immigration

Border Deterrence: The Limitations of Rhetoric