In the early 1970s the federal government instituted a new anti-money laundering provision, requiring banks to report to the Treasury Department any cash transaction involving more than $10,000. This threshold to trigger a Currency Transaction Report (CTR) was a substantial sum of money at the time?more than an entire year’s worth of income for the typical American household. More than four decades later, that $10,000 figure remains unchanged, despite substantial inflation and economic growth. In fact, as of today, Saint Patrick’s Day, the typical American family has earned enough that if they deposited or withdrew their salary in cash, it would trigger a CTR.

The Bipartisan Policy Center believes that now is the time for policymakers to revise the CTR reporting limit. To highlight how out of touch the current threshold is with the original intent of the requirement, we have assembled a list of items that one could have bought in cash without triggering a report when the limit was originally set in 1972. For example, back then you could have bought a brand new Cadillac in cash and not even come close to triggering a report. Today, there is not a single new car you could buy in cash without triggering a report. 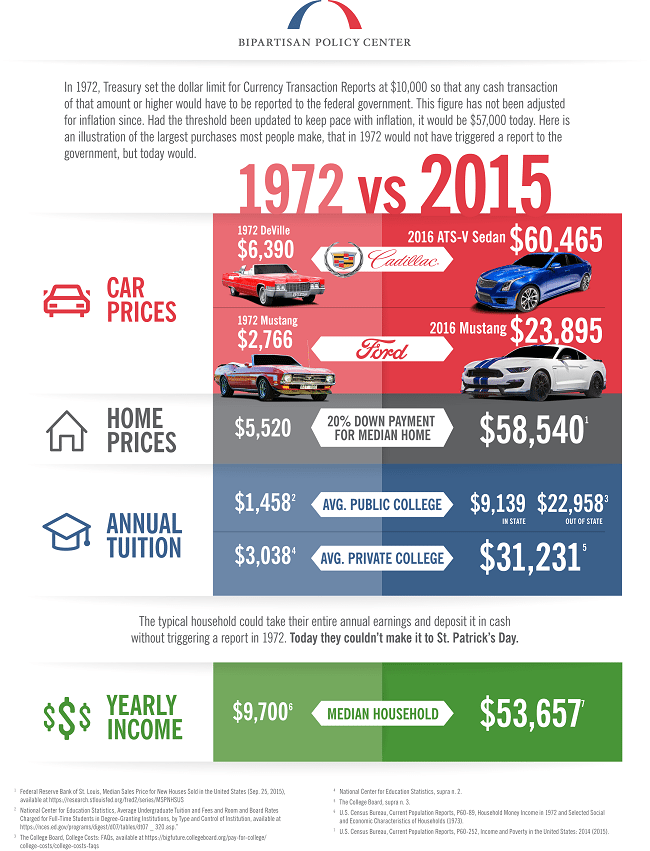